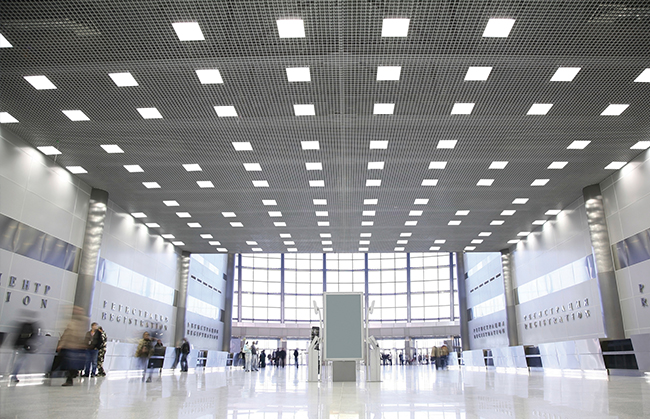 Everyone who uses a light source is interested in how long they will last. For most traditional lighting products, the manufacturers provide information on “rated life.” Rated life tells the user how long the products will last. For conventional lighting products, (incandescent, fluorescent or high intensity discharge lamps), the rated life often refers to the lamp life. The general definition of rated life is, “The period for which an appliance, equipment, or machine is stated to last by its manufacturer under specified conditions of use.”

Life of a lamp can also be expressed as the average rated life, also referred to in the industry as B50, which indicates the hours it takes to when 50 percent of the lamp sample in a test group fail during a life test.  While B50 is the most common expression of lamp life, more stringent lamp rated life characteristics such as B10 and B3 are used in different applications. B10 and B3 correspond to the hours it takes when 10 percent or 3 percent of the samples respectively fail during the life test. The failure defined in the above rated life of B50 or B10 is catastrophic failure which is when the lamp stops working or completely burns out.

In general LEDs last much longer than conventional light sources and can typically operate for thousands of hours. How to express life expectancy for LED Neon light sources is a challenge the industry continues to debate. Beyond measuring life, the industry also recognized the need to address another characteristic of LEDs in that they tend to dim over time.

B (rated life) and L (lumen maintenance), are two different characteristics to describe the change in a lighting device over a specified period of time. The combining characteristics, B50L70 (or any other B and L combination) life is not yet standardized by the industry. Some manufacturers choose to test B separately from L, others combine the two measurables and define, for example, that 50 percent of LED devices reach 70 percent of lumen maintenance is B50L70.   Because of the long life of the LEDs it becomes unrealistic for LED manufacturers to test these devices for months or years in order to obtain the LED lumen maintenance information. Therefore it is necessary for LED manufacturers to provide some prediction of life to the LED users.

Are the LED light output levels and catastrophic failures predicable?

The answer is yes. Then if we further ask, can the method for predicting LED lumen maintenance be standardized? The answer is not so simple.

In the recent years of developing LED lumen maintenance testing standards, namely IESNA LM-80, experts from different areas of the industry have studied, debated and discussed, the topic of lumen maintenance prediction standardization. In April of 2008, a conclusion and consensus was reached by the IESNA Testing Procedure Committee (where LM-80 was developed), stating that the standard should be published as the testing method only at the time.

There are several reasons that LED lumen maintenance prediction standards are not yet developed.

Over the years, especially after high brightness LEDs were developed, experts within LED manufacturers have made significant efforts to test, evaluate, analyze and model the behavior of LED light output changes over time.

The lumen degradation can be described in several phases: the first phase is the “initial chip aging,” which is caused by the settlement of the active or light emitting layer. The light output in this aging period can increase or decrease.

The second phase is related to LED packing technology. How the LED is packaged has varying impact on the overall lumen output of any given LED device, which in general light output can increase but more than likely is decreasing.

Another factor is the materials used inside of LED package.

The following phase is named the stable phase, where the light output can also increase or decrease. The final phase is called chip age, which reflects the long-term chip degradation.

Finally, the materials used and LED package designs vary among LED manufacturers and from LED to LED. Before the LED packages reach long-term chip degradation, the behavior of the LED light output changes significantly from LEDs to LEDs and from manufacturer to manufacturer. The proof of this uniqueness has been presented through numerous tests and data sheets. Most experts in the industry believe that it is not feasible to use a single mathematical model to describe this vast-change phenomenon. 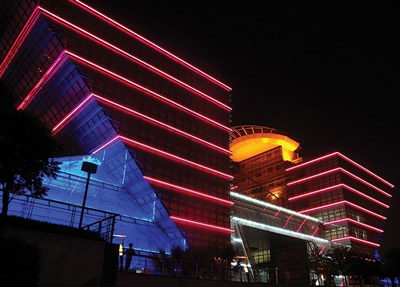 In LM-80, for practical reasons, it specifies that the lumen maintenance test should be conducted at least 6,000 hours and data collected at a minimum of every 1,000 hours. 6,000 hours is equivalent to 8 months of non-stop tests. For the fast growing LED technologies, 8 months is much too long to confirm the qualification tests to launch new products. However, on the other hand, 6,000 hours may be too short to have sufficient data for predicting LED lumen maintenance if the LED product L70 life is longer than 36,000 hours.

Additionally, the total number of data points for the 6,000 hour test is (at minimum) only seven points. For the reasons stated in the above, in the first few phase of LED lumen degradation, there could be a relatively large variations either higher than 100 percent of the initial lumen out put, or several percents lower. When a mathematical model is selected to fit in these seven points, it often leaves a large error. Using this mathematical model to predict much longer life or lumen maintenance of the LEDs being tested could result in a variation of thousands of hours or several years of difference. Variation of this magnitude will defeat the purpose of life prediction if the errors of the prediction method could be in terms of years.

3. Uncertainty and repeatability of testing data

The data collection for the above mentioned seven minimum test points with 1,000 hours (or one and a half months) apart, is specified in LM-80. The LEDs must be tested in the specially built thermal chamber with a precise temperature control and be turned on (or burning) at a given temperature for 1,000 hours, and then they are taken out of the chamber, cooled to room temperature, and put into an integrating sphere to be tested for their lumen output value. The process should be repeated each 1,000 hours. Naturally the uncertainty exists for the data collection, more practically; the repeatability for each time of performing the test for the same group for LEDs in the same integrating sphere could result in significant errors.

As an industry standard, the testing instruments and testing procedure are normally acceptable if the variations or errors (uncertainty and repeatability) are within a few percents. Two percent is considered a very good accuracy.

In the case of the test described above, if each data point possesses 2 percent of uncertainty, and there are only seven data points available to be used in the mathematical model, the uncertainty for the predicted lumen maintenance life will be so significant that any highly sophisticated model or models now become unreliable to give LED users a real picture of what the actual predicted life or lumen maintenance is.

These are just a few of the primary challenges for the experts in the industry who have not yet been able to reach a common agreement to accept a standard data extrapolation method, or mathematical models to be used as  a “standard method” to predict a given LED package lumen maintenance based on LM-80 test data. There have been many discussions in the working groups of the standard committees and some alternative approaches have been proposed.