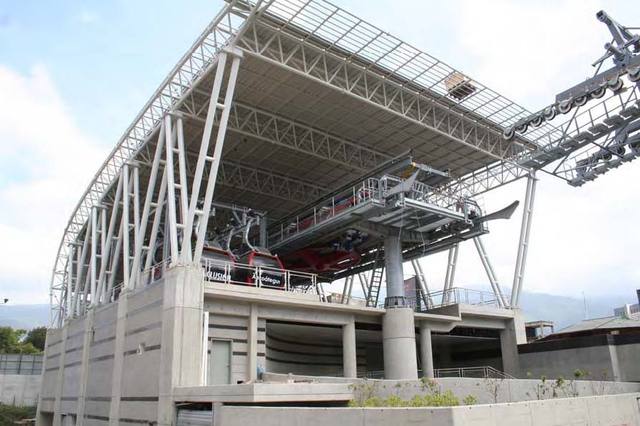 After undergoing operational tests, the MetroCable Mariche was opened to the public in Caracas, a cable car that will integrate with the city’s metro system. At an event attended by Vice President Nicolás Maduro, President of the Caracas Metro, Haiman El Troudi, executives from the Austrian company Doppelmayr and Odebrecht Venezuela, the commercial operation of the first section of the cable car began, which has the capacity to transport 100 thousand people a day.

The first users emphasized the convenience and speed with which the journey to Line 1 of the underground subway system is made. This first 4.8 km stretch corresponds to the initial stage of the work and allows the route between Mariche and Palo Verde stations to be completed in 17 minutes, a journey that can take up to two hours to be covered by car.

In the second stage of the work, which is already under construction, MetroCable will be expanded with the Palo Verde, Guaicoco, La Dolorita, La Dolorita Bloques and Mariche stations. There will be another 158 cabins and the entire journey will be done within 25 minutes.

Odebrecht Venezuela has already carried out two other works of this type for the Caracas Metro. In 2010, he delivered the MetroCable San Agustín, a work that received the 2011 Award from the Venezuelan Chamber of Construction for being considered the most relevant made in the country that year.