From the toothbrush to the computer, the thermoplastic resins produced by Braskem are present in different everyday situations. The company produces polyethylene, polypropylene and PVC resins, in addition to basic petrochemical products, and is the arm of the Odebrecht Organization in the Chemical and Petrochemical sector. 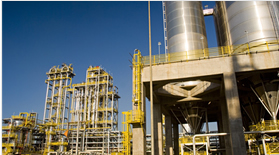 Braskem was founded in 2002, but the Organization’s investments in the segment started in 1979. This year, Odebrecht acquired a stake in Companhia Petroquímica Camaçari (CPC), which belongs to the Petrochemical Complex of Camaçari, Bahia.

The strategy adopted by Odebrecht to build a leading Brazilian petrochemical company in the sector in Latin America involved a series of other acquisitions. Many motivated by the National Privatization Program, in which the Federal Government sold stakes in companies in the area.

In 2001, the partnership signed with the Mariani Group allowed the purchase of the shareholding control of Companhia Petroquímica do Nordeste (Copene), the central of raw materials of the Petrochemical Complex of Camaçari. A year later, the integration of the Organization’s assets in the sector resulted in the creation of Braskem, making it the largest petrochemical company in Latin America. 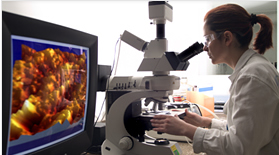 With the acquisition of Quattor, through an Investment Agreement signed between Odebrecht, Petrobras, Braskem and Unipar in January 2010, Braskem became the largest petrochemical company in the Americas in terms of thermoplastic resins (polyethylene, polypropylene and PVC) .

Following their internationalization process, Braskem and Idesa, one of the main petrochemical groups in Mexico, signed with Pemex – Mexican state oil and gas company -, investment and ethane supply contracts for the implementation of an integrated petrochemical project in that country, in which they will invest $ 3 billion. The project contemplates the production of one million tons per year of ethylene and polyethylene in three polymerization plants, scheduled to start operating in 2015.

Braskem, controlled by Odebrecht, has Petrobras as its main partner and shares listed on the São Paulo, New York and Madrid stock exchanges. With a strategic presence in the international market, the company supplies resins and other items to more than 60 countries on five continents.

With a focus on sustainability , Braskem developed the world’s first 100% renewable source polymer: sugarcane. The item is one of the more than 445 patents registered by the company in Brazil and abroad.

The first product made with the “green polymer” was the board game Banco Imobiliário Sustentável, by Estrela. Several companies realized the importance of including the material in the composition of their products and signed long-term commercial contracts with Braskem, such as Danone, Nestlé, TetraPak, Johnson & Johnson, Natura, Procter & Gamble, Faber Castell and Coca-Cola, among others.

In view of the growth in demand, the petrochemical company chose to invest in a production unit in Triunfo, in Rio Grande do Sul, specialized in “green polymers”. With a production capacity of 200 thousand tons / year, the plant was inaugurated in September 2010. The company also launched the project for the construction of an industrial unit of “green propylene”, with production scheduled for the end of 2013.

With the inauguration of its polyethylene plant derived from sugarcane ethanol, Braskem has become the largest producer of biopolymers in the world.

His pioneering spirit does not stop there. The brand has been featured in other eco-sustainable initiatives, such as: